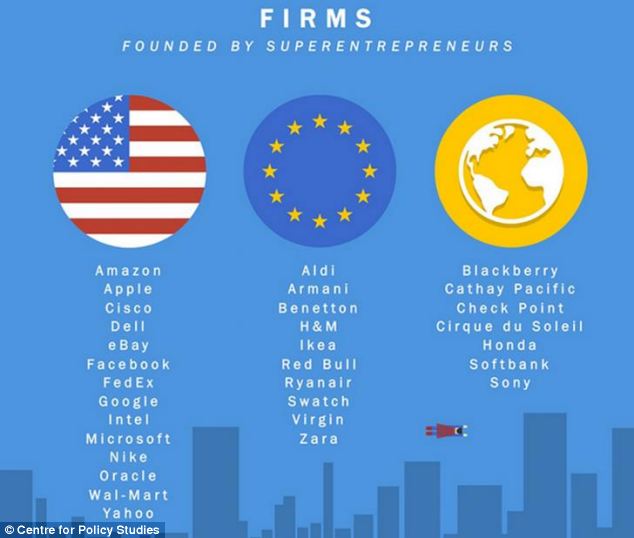 The odds of becoming a billionaire are stacked in your favour if you live in Hong Kong, a new study has revealed.The study looked at nearly 1,000 self-made men and women who, according to business magazine Forbes, have earned at least $1billion.
These are the SuperEntrepreneurs – including Google founders Larry Page and Sergey Brin, Virgin boss Sir Richard Branson and retail tycoon Sir Philip Green. 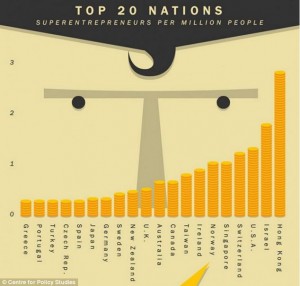 Some countries are better at breeding SuperEntrepreneurs

The industries where SuperEntrepreneurs thrive

The majority of SuperEntrepreneurs have gained their wealth through IT, biotech, finance or retail.

The standout performers in the USA, like Mark Zuckerberg with Facebook, took ‘frontier knowledge’ to found a new firm and make their billions.

But what ‘type’ of person makes a SuperEntrepreneur?

The report found personality is one of the most important attributes to becoming a successful SuperEntrepeneuer.

And perhaps the Biggest Secret?

Funnily enough, it’s not the goal of enormous wealth that drives most hugely successful entrepreneurs.