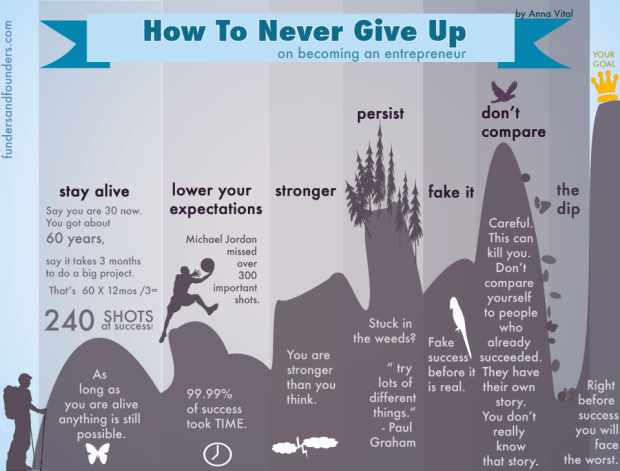 We’ve collated and hand-picked what we consider to be the top ten habits that successful people cultivate.

1. They do early mornings and late nights 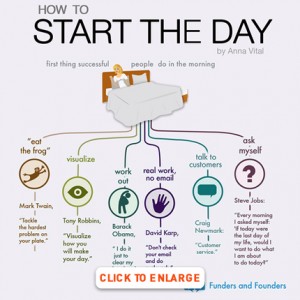 People who have achieved true success in their lives have worked for it. This might come at the detriment of other areas of their lives, such as family or social life. But their mission is first and foremost. Until it’s complete, everything else comes second.

There’s literally no substitute for hard work. Abraham Lincoln said, “Things may come to those who wait… but only the things left by those who hustle.” If you want to be successful, you’re going to have to out hustle everyone else.

2.They persevere when others won’t

How does the guy who quit on his dream know how long it would’ve taken him to become a success? He doesn’t. None of us do. It could be tomorrow, or ten years from now. What separates a lot of the great people we read about in our history books from those we’ve never heard of is the fact that they never quit. Quitting was never an option. They only stopped when they reached their dream. And even then, they created a new mission.

Take James J. Braddock, or even Nelson Mandela, for example. They didn’t achieve their greatness or success early on in their careers or in life like some. They achieved it after surviving. They survived while others literally died, or quit. In their cases it wasn’t just that they were the best, but they were the best because of what they endured. They were the last ones standing.
We don’t know when our breakthrough will come. So don’t guarantee your failure by quitting. You can adapt, change, and evolve, but never, never, never quit.

3.They take risks and they don’t fear fear 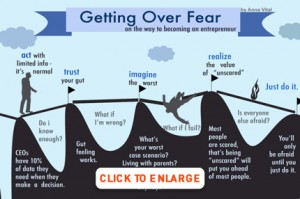 No risk, no reward. Yes it’s an over-used, cliché of a phrase. But it’s true. Those who have achieved real success have often risked the most to get there.

There have been billions of people throughout history who have had the ability to achieve greatness, whether it was the talent or smarts, they had it. What they didn’t have was the guts to risk the life that they were living. They also didn’t have the work ethic to see their talent realised.

“The greatest tragedy in life is wasted talent” ~ A Bronx Tale

Your big, audacious dream might be to marry the girl of your dreams and have a family with her. Your risk might be to leave the career that you love in order to support her and your family. Your dream might be to help millions live longer, healthier lives. Whatever your dream is, give it enough of a chance to be realized.
What separates the successful from the also-rans is the way the former push through fear and don’t let it dictate what they do.They understand that fear is only an emotion and as such cannot in and of itself hurt them. What can hurt them however is having fear dictate their actions.

4.They are active and they take care of themselves

When was the last time you saw a successful person who was obese or extremely overweight? Sure, these people exist, but they’re the exception to the rule. Most successful people know they need energy to get ahead, and the best way to have that is to eat right, exercise and get proper rest.
In order to perform at your best, you have to feel your best. Successful people know that exercise is so important to their overall health. Any form of exercise is beneficial whether it’s going to the gym, taking a yoga class, walking/running outside or simply exercising at home.

5. They don’t have excuses

We all have several voices in our minds that speak to us. There is the voice that tells us to work hard, never quit and focus on the task that is presented to us. It also pushes us to finish the task before we move on to the next and aspire towards our utmost potential. On the contrary, we unfortunately also have a voice that tells us to take a break, procrastinate, be lazy or hang out on Facebook.

No one’s life is perfect and we are all faced with variables and injustice from time to time. Instead of sitting there feeling sorry for yourself, letting it get to you and giving you reason to make excuses, push forward and put it behind yourself. Use it as motivation and use it as an opportunity to learn and grow.

Listen to your excuses. Understand why you have them. Then figure out how you can use them for good. Excuses will only slow you down, making it imperative to find a way to erase them from your mind.

Gone are the days of going to a networking event to collect business cards. In today’s society, your network is equal to your net worth. Building strong, solid relationships over time is key to overall success. Deeply connecting with others and seeing how you can be of service to them is today’s currency for successful people. What’s better is that face-to-face networking events create lasting impressions in the minds of people you meet. I mean, ultimately, it’s not about whom you know, but rather who knows you, right?

This can always lead to future opportunities for both parties, in terms of help, advice and business. It can also motivate you go further, take the plunge into starting your own business or just expand your industry knowledge. 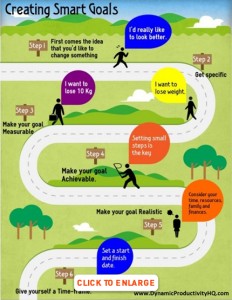 It is one thing to set a goal and it’s another thing to achieve that goal. Almost everyone sets goals but only a few possess the guts and discipline to follow through on those goals. At the beginning of every year, we all make resolutions about things we want to start or stop doing. If you look back to the first day of this year, can you proudly say that you have achieved 40% of your goals?

Anthony Robbins is a very good example of someone who knows how to follow through on his goals. This amazing guy went from earning $38,000 to $1 Million in just one year. The great oil billionaire H.L. Hunt once said that there are only two real requirements for success: first, he said, is to decide exactly what is it you want, second is to determine the price you are going to have to pay and resolve to pay that price. Obey this rule and you will be successful; ignore it and you will remain a local champion.

8. Emulate people who are doing what they want

Don’t know anyone successful? That’s ok. You can read books written by them or about them. Listen to their radio interviews or watch them on TV. Attitude and success is contagious, so catch it by hanging around some of the greats.

9. They constantly learn, ask good questions and listen well
Successful people believe that learning never ends. This doesn’t mean they’re going to school to get new degrees, although they may. Even without formal education, they’re constantly reading and learning from others around them, perhaps from books, trade magazines or conferences, or from others who are ahead of where they want to be.
What have you learned recently that can get you closer to the success you want? If you haven’t picked up a book, attended a seminar or listened to MP3s that can get you smarter in your field, it’s time to start.

10. They spend quality time with loved ones

Making time for the people who are important in their lives is a must for successful people. Disconnecting from all technology and any other distractions and truly spending quality time with friends, family and a spouse is very important. This life-changing video about our isolation through technology serves as a passionate reminder of the importance of connecting to those that matter to us most.

Empowernet is Australia’s largest and most successful events promoter of large-scale Wealth Creation, Business Growth, and Personal Development programs. What is most significant to us, however, is that our own success goes hand in hand with the success of our hundreds of thousands of attendees – in a way, there is no separation between us and those who we serve. We are proud to help you become your best with the world’s best, including Anthony Robbins, Richard Branson, and Robert Kiyosaki.Copyright Empowernet International Pty Ltd 2013